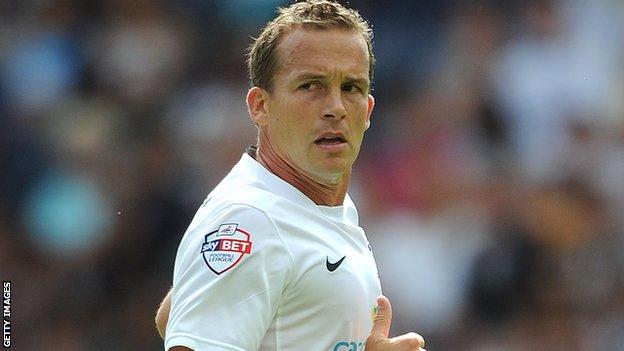 Kevin Davies says Preston will not get carried away by their unbeaten start to the season but acknowledges that expectation is growing at Deepdale.

Simon Grayson's North End are lying fourth in League One and

"To get out of this league we're going to have to keep it up all season."

One-time England international Davies, who in July, continued: "I've only been here a short time but there's a real togetherness, from the staff through to the players and the fans, and there's that expectation that seems to be around the place.

"Coming into the season, we felt we had a really good squad and a lot of healthy competition throughout the side. Everyone's fighting to get into the 11 and the squad itself. That's healthy for the manager."

Davies failed to score in his first seven games following his free transfer from Bolton, but found the net in home wins against Oldham and Stevenage before playing a key role in Stuart Beavon's winner at Bramall Lane.

Preston manager Grayson is just as impressed with the role that the 36-year-old and the club's other attacking players have made to North End's defensive efforts in recent weeks.

The Lilywhites have conceded just once in their run of four straight wins and Grayson said: "We've got players [in defence] who have got a real desire to stop the opposition.

"It's the lads in front of them that deserve a lot of the credit because they're working extremely hard to stop the opposition and giving them few opportunities."