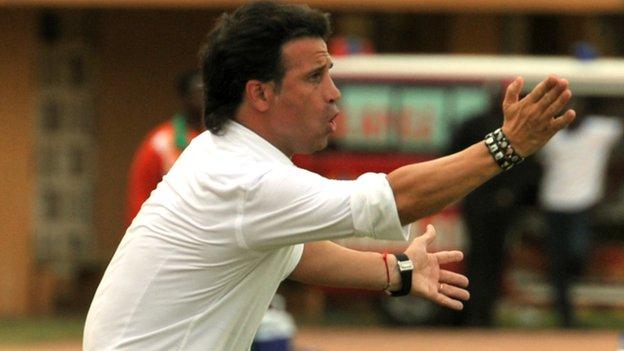 Fegafoot said it terminated Duarte's contract as national team coach on Sunday, but he will stay with the federation as technical director until April.

Duarte was appointed on a two-year contract in April last year, taking over from German Gernot Rohr, who led the team when they co-hosted the 2012 Africa Cup of Nations.

Gabon impressed at that tournament, reaching the quarter-finals with attacking, exciting football before losing to Mali in a penalty shoot-out.

But Duarte was unable to help the team build on that performance and they missed out on this year's Nations Cup in South Africa and finished third in their four-team group in World Cup qualifying with only two wins from six games.

Their chances of reaching next year's finals in Brazil were also badly damaged when they were punished for fielding a player who wasn't eligible for the country.