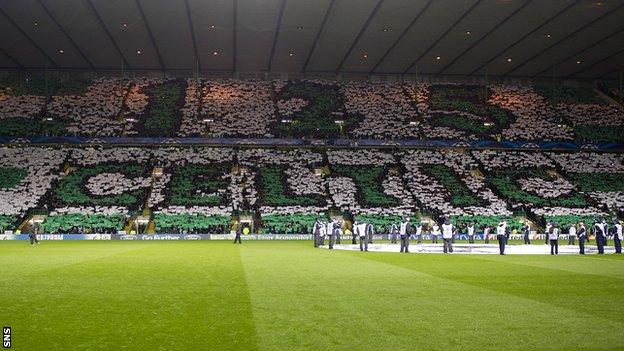 The Plc's figures, reported to the Stock Exchange, cover the year ending June 2013 and include the club's Scottish Premier League championship win and Scottish Cup final victory against Hibernian.

Celtic also participated in six home European matches, four in the Champions League, after reaching the last 16 of the tournament for the first time since 2008.

However, Celtic spent £9.66m on new signings, including a permanent deal for goalkeeper Fraser Forster on his arrival from Newcastle United, and the transfer of midfielder Tomas Rogic from Central Coast Mariners.

Celtic also signed a new three-year shirt sponsorship contract with Magners and celebrated their 125th anniversary with a historic victory over Spanish club Barcelona in the group stages of the Champions League.