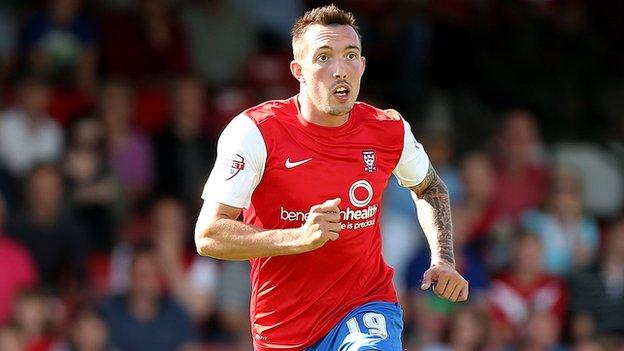 Hereford United chairman David Keyte is "disappointed" at the £20,000 tribunal fees set for both of the Bulls' summer departures Ryan Bowman and Sam Clucas.

The same price was set for 23-year-old Clucas, who joined Mansfield Town.

"The decisions are inconsistent and confusing," said Keyte.

"We are disappointed. But we have to accept them and move forwards."

Clucas has been a regular in Mansfield's successful start to the season following their return to League Two, having started every game - and is currently on a run of four goals in as many games to help the Stags take 10 points out of 12 and climb to fifth in the table.

Things have not gone so well for Bowman, who is yet to start a league match and is still to find the net in six appearances, and he was red-carded within five minutes of coming on in last month's 3-2 defeat at Bristol Rovers.

Hereford, who have suffered well-chronicled financial problems over the past 18 months, lie 15th in the Conference Premier, having slipped down the table following a run of three defeats, ended only by Saturday's 1-1 draw at Halifax.