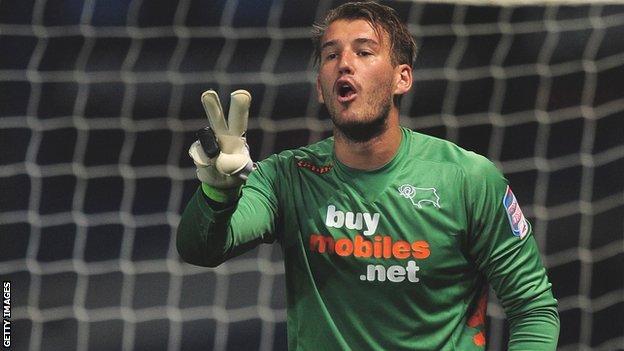 Derby County goalkeeper Adam Legzdins is expected to be out action until the middle of November after rupturing ankle ligaments.

The 26-year-old was hurt in training and he has not been involved in any of Derby's last three matches.

But the injury is worse than manager Nigel Clough first feared and Legzdins had to have surgery.

Clough said: "He went over in training. He has had a small operation and will probably be out for about eight weeks."