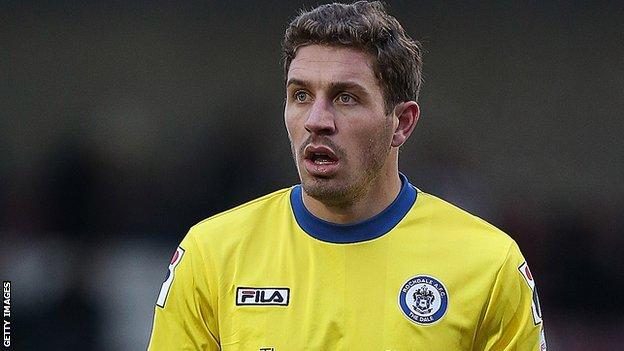 George Donnelly's sending-off at Accrington was the latest of unlucky decisions to go against Rochdale, assistant manager Chris Beech has said.

Donnelly will be banned for three games after Rochdale's appeal failed.

Beech does not think there is a disciplinary issue at the club, despite three Dale men seeing red this term.

"They say it will come back our way, and they say it evens out over a season, but I'm not too sure about that," he told BBC Radio Manchester.

"I feel we've been massively unlucky with incidents.

"The - the ball came over his shoulder, his eyes are on the ball, his foot hits the midrift of the player and he's off six or seven minutes into a game. That was a little unjust.

- two not unbelievably rash and erratic tackles, and he's off. And for George to get a straight red card after that [at Accrington] - I can't say the words."

Despite playing for more than 45 minutes with 10 men, Dale held on for a on Saturday, their third successive league victory.