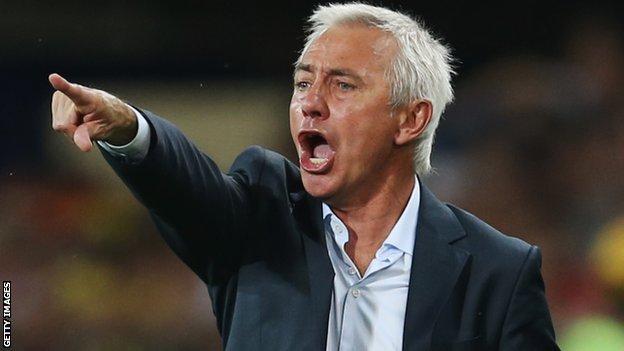 The 61-year-old Dutchman, who led his country to the final of the 2010 World Cup, has succeeded Thorsten Fink.

Did you know? Van Marwijk led Feyenoord to the Uefa Cup title in 2002.

"The team is very confused, it's not playing well and is letting in too many goals," said Van Marwijk.

"We have to leave the bottom of the table as quickly as possible."

Former Dortmund coach Van Marwijk has pledged to give his new side a fresh direction ahead of back-to-back away games at Eintracht Frankfurt and Nuremberg.

"My mission is to look at the structures in place and clarify the style of play," he added.

Van Marwijk has been out of work since following the country's elimination after three group defeats at Euro 2012.