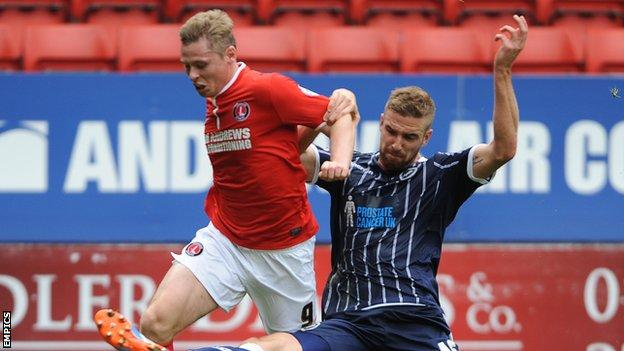 Millwall centre-back Mark Beevers has been ruled out for at least six weeks with knee ligament damage.

The 23-year-old, who has been an ever-present this season, sustained the injury in the 1-0 win at Charlton.

"It's obviously a blow for us and for Mark at a time when we appear to be turning a corner," Lions boss Steve Lomas told the club website.

"Fortunately surgery doesn't appear to be necessary. We are resigned to being without him for the next few weeks."

Beevers moved to the Den for an undisclosed fee in January following a spell on loan from Sheffield Wednesday.

He has so far made 51 appearances for the south London club.