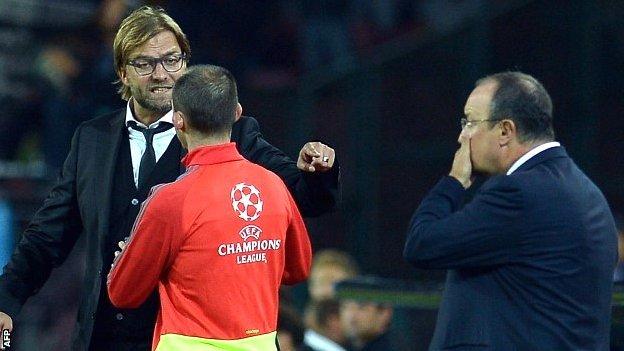 Borussia Dortmund manager Jurgen Klopp has been banned for one Champions League match for an outburst that he himself described as "pathetic".

Klopp was sent off during after berating the fourth official for taking too long to allow defender Neven Subotic to return to the pitch.

"I made myself look like a monkey out there and that's not on," said Klopp.

"I overstepped the mark and it was really pathetic of me."

Klopp, 46, will be banned from the touchline for the home match against Marseille on 1 October and could be suspended for a further game if Uefa's disciplinary committee decide to extend his ban at a meeting the following day.

After the match against Napoli, the German apologised to the referee and the fourth official and took some of the blame for his side's defeat.