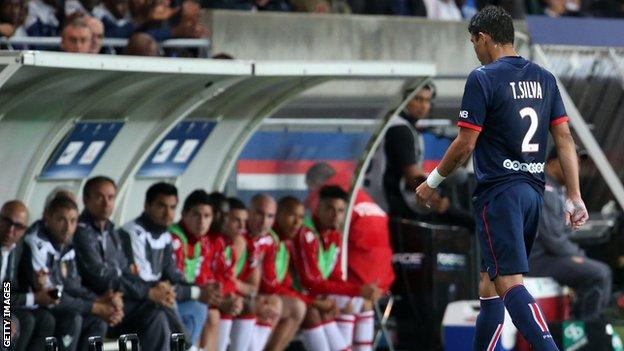 Paris St-Germain centre-back Thiago Silva has been ruled out for six weeks with a thigh injury.

The 28-year-old, who captains both his club and country, was replaced 15 minutes into

He will miss Brazil's friendlies with South Korea and Zambia in October.

PSG coach Laurent Blanc said: "The injury is important. It's not the first time it has happened to him, so he knows he will have to be patient."

Silva joined the French side from AC Milan last year for £36m.

He made 34 appearances as PSG won their third league title, despite spending a period sidelined with the same injury, and