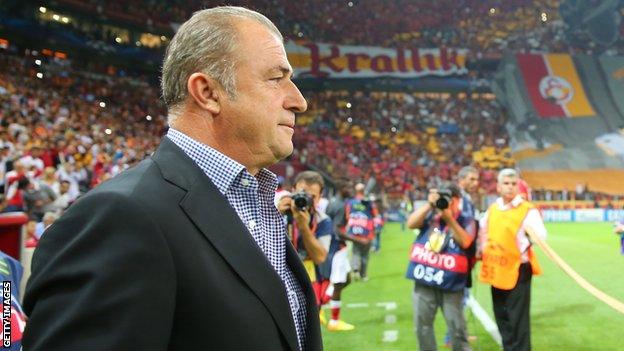 Galatasaray have sacked coach Fatih Terim after he turned down a two-year contract extension.

The 60-year-old, who is also interim Turkey boss, was in his third spell in charge of Gala, having been re-appointed in 2011.

Their last game, against rivals Besiktas on Sunday,

Hundreds of fans spilt onto the field after Gala, leading 2-1, had midfielder Felipe Melo sent off in injury time.

It followed months of civil unrest in Turkey's largest city.

Terim, who has also managed AC Milan and Fiorentina, led the club to the 2000 Uefa Cup and six Turkish titles - including their in May. They are currently 11th and one win and three draws from four games.