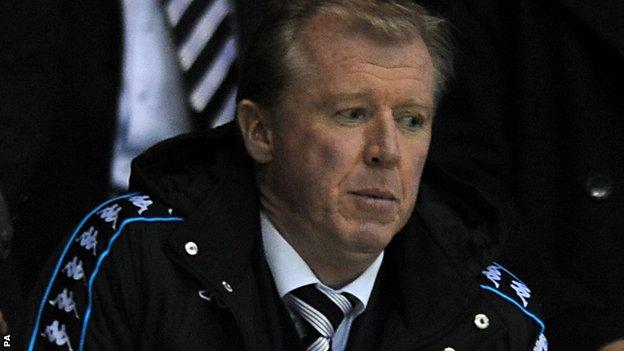 McClaren was in the stand as headers from Christophe Berra and Daryl Murphy gave the visitors an early 2-0 lead.

Zak Whitbread pulled a goal back but Aaron Cresswell added third and Murphy made it 4-1 before half time.

Jamie Ward gave Derby hope after a goal from Craig Bryson, who completed the comeback with two minutes to go.

No home comforts for Derby

Derby are still seeking their first home win of the season.

Mick McCarthy's side pulled the Rams apart with ease during the first half - and McClaren, who officially takes charge on Wednesday, unsurprisingly went into the home dressing room to tell the side what he thought.

This came after new first-team coach Paul Simpson spent the last 15 minutes of the first half in the dug-out, alongside caretaker-manager Darren Wassall, an appearance which coincided with an improvement from the home side.

Whatever the former England manager said at the break certainly worked, while a double change which saw John Eustace and Mason Bennett replace Conor Sammon and Ben Davies proved pivotal.

The Rams, who sacked Nigel Clough following Saturday's 1-0 defeat to neighbours Nottingham Forest, controlled the game and the point was, in the end, deserved.

The result leaves Derby 14th in the Championship table with 12 points from their first 10 matches but they are without a win in their last five, while Ipswich slip to 10th and are still without an away victory.

Ipswich boss Mick McCarthy: "We are very disappointed not to win the game, of course we are.

"We played really well in the first-half and could have scored more than four but their goal 90 seconds into the second-half changed the course of the game."