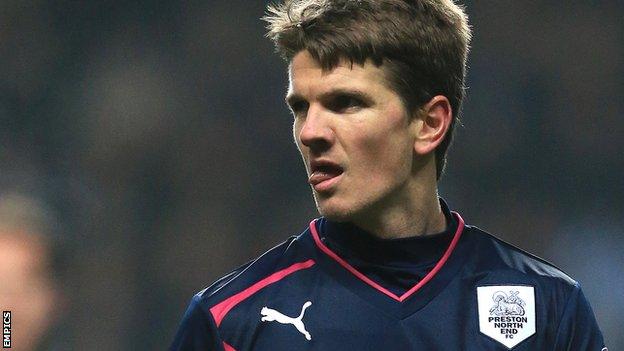 The Australian centre-half has joined until 29 December and will also be available to play in the FA Cup.

"I felt it was important to bring in cover at the back. Shane is a versatile player," Brewers boss Gary Rowett said:

The 30-year-old has played 22 games since joining Preston from Shrewsbury in the summer of 2012, but also spent time on loan with Rochdale last season.

North End boss Simon Grayson said: "Shane has not featured a lot since he came back to us in the summer and players of his experience need to be playing regular football."