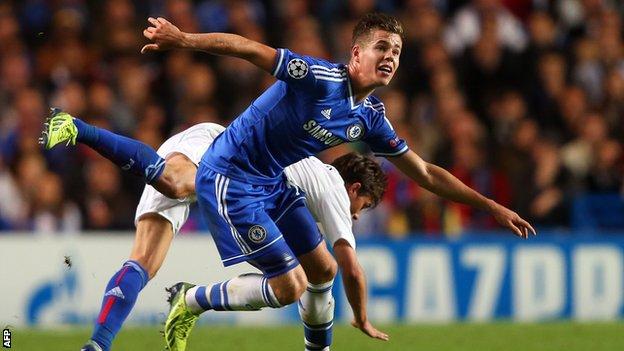 Chelsea midfielder Marco van Ginkel will be out of action for six months after undergoing knee surgery.

Chelsea said that Thursday's operation was a success.

Stay strong Marco, you have our support, you will be back stronger. Get well soon my friend!!!

Team-mate Michael Essien tweeted his support: "Stay strong Marco...you will be back stronger."

The Chelsea number 16 starred for Netherlands in this year's European Under-21 Championships, having already made his full senior debut last year.