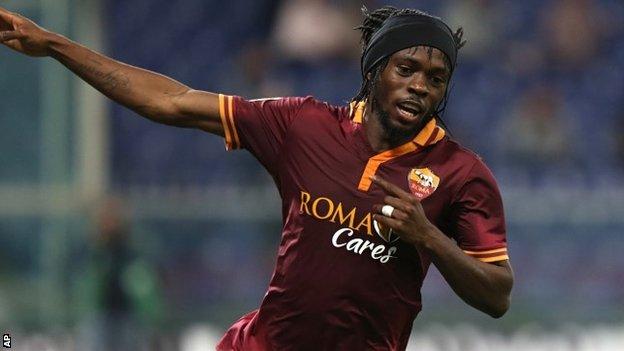 Roma maintained their perfect start to the Serie A season with a 2-0 win over Sampdoria on Wednesday.

I Giallorossi finished sixth last season but have won five out of five since French manager Rudi Garcia took charge of the club this summer.

Mehdi Benatia and Gervinho, with his first for Roma, scored the goals.

"I'm happy with the wins, but I'm more interested in making history this season," said Garcia, with Roma looking for their first title since 2001.

Elsewhere, Rafael Benitez's Napoli lost their 100% record as Sassuolo claimed their first ever Serie A point with a 1-1 draw at the Stadio San Paolo.

Champions Juventus came from behind to defeat Chievo 2-1, while AC Milan drew 3-3 draw at Bologna. Late goals from Robinho and Ignazio Abate helped the Rosseneri salvage a point.