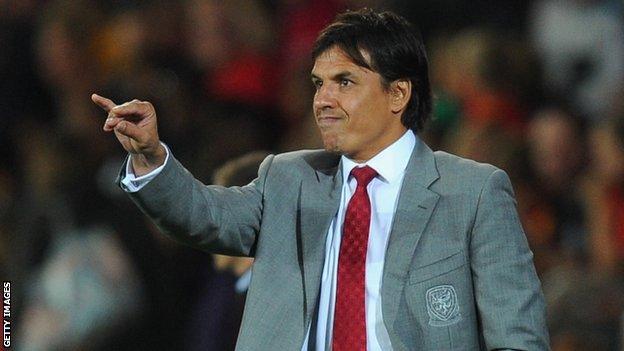 Wales will play Finland in a friendly at Cardiff City Stadium on 16 November.

The match will be the start of preparations for the 2016 European Championship qualifiers that begin in September 2014.

"This is an ideal friendly for us as we look ahead," said Wales manager Chris Coleman.

"Finland have always produced good, strong technical players and I have no doubt that they will be a very good test for us."

The friendly in the Welsh capital will follow Wales' final two 2013 World Cup qualifiers against Macedonia and Belgium on 11 and 15 October.

It will be the 12th meeting between the sides in a series of games that stretch back to 1971, with each side having four wins apiece and three draws.

The last meeting came in October 2009 in a World Cup qualifier in Helsinki when Finland won 2-1, with Craig Bellamy claiming the Wales goal.