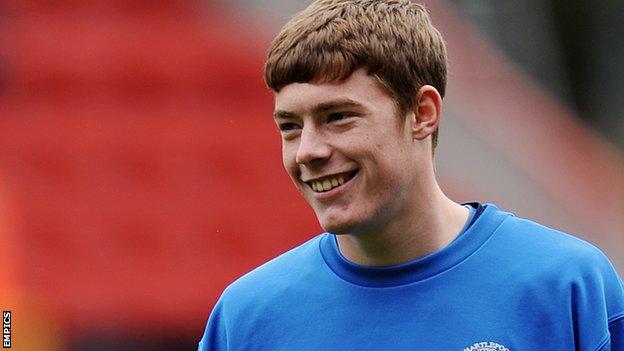 Hartlepool United manager Colin Cooper hopes Luke James' double in the 2-2 draw at Bristol Rovers will boost his confidence in front of goal.

James, 18, scored his second and third goals of the season as Pools picked up a welcome point in the west country.

"He looked a real threat on Saturday, he was a real thorn in Rovers' side," Cooper told BBC Tees.

"For young players, confidence is a massive thing and for strikers too, so he should rightly be feeling good."

Cooper is hopeful of adding the returning Antony Sweeney to his squad for Saturday's visit of Oxford United, after a reserve team outing against Scunthorpe United ended a six-week absence with a calf injury.

"He played in a reserve match on Wednesday night, but his calf tightened up a little bit towards the end," he added.

"We'll monitor him to see if it's been inactivity from being out of action. Having been out for five or six weeks, as captain I could see how frustrated he has been."