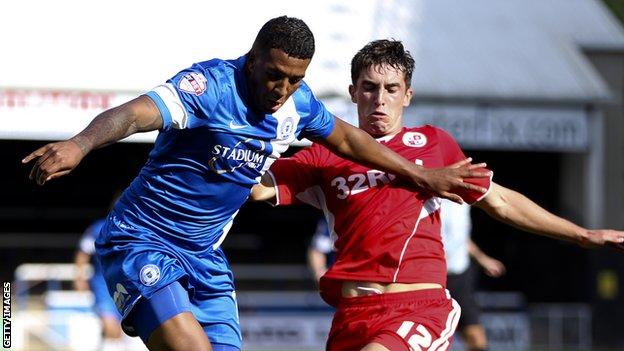 Crawley Town defender Joe Walsh has extended his contract and will remain with the League One club until the end of the 2014-15 season.

The 21-year-old Wales Under-21 international has scored six goals in 44 appearances for the Reds since moving to West Sussex last summer.

"It wasn't a difficult decision because I am really happy at the club," he told the club website.

"I feel I have improved as a player in the time that I have been here."

He added: "We've started the season well and we definitely feel as a squad that we can contend for the play-offs, so there is a lot to look forward to."

Crawley manager Richie Barker said the former Swansea trainee had established himself as "an extremely important member" of the squad.

"You know with Joe you are going to get consistency of performance week in, week out," Barker said.

"He is another of the young players here with a lot of potential for further improvement and it's great that he has committed himself to the club beyond this season.

"Joe has also got himself back in the Wales Under-21s squad and if he keeps working hard then I'm sure eventually he will get his first full cap."