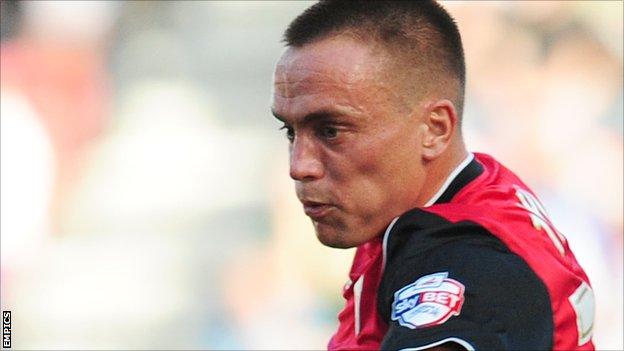 Peterborough have re-signed striker Paul Taylor on loan from Ipswich Town in a deal until 2 November.

Taylor, 25, joined Ipswich from Posh in August 2012 but has made only seven appearances after a foot injury kept him out for much of last season.

He was impressive during an initial 18-month stay at London Road, scoring 14 goals in 53 appearances.

Posh moved for Taylor after forward Lee Tomlin was injured during Tuesday's Capital One Cup defeat by Sunderland.

"When it became clear we could get him, I couldn't turn that opportunity down. Paul is a very good player and that is why he got the move he did," Posh boss Darren Ferguson told the club website.

'When you get player on loan, it sometimes takes quite a long time to settle and get to know everyone, but Paul knows the place and the lads.

"He knows how we want to play, which is the important thing."