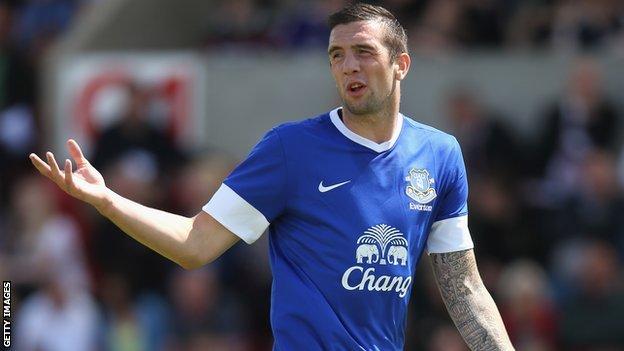 Shane Duffy has joined Yeovil on an initial month-long loan from Everton.

Central defender Duffy, 21, comes in as cover for the injured Liam Fontaine and suspended Byron Webster.

"When we knew Shane was available for loan we immediately enquired about bringing him to Huish Park," manager Gary Johnson told the club website.

"This signing suits all parties and as always we are very grateful to Everton."

Following loan spells at Burnley and Scunthorpe, Duffy made his Premier League debut against Tottenham in January 2012.

But his last competitive game for Everton came the following month in the 2-2 FA Cup draw with Oldham.