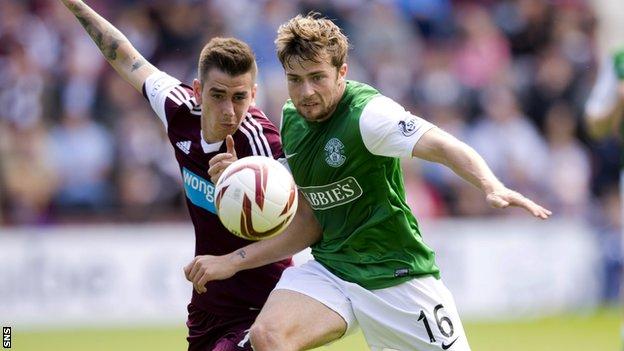 The match on Wednesday 30 October has a 1900 GMT kick-off and will be shown on BBC One Scotland.

The derby fixture will also be streamed live on the BBC Sport website.

Hibernian last won the League Cup in 2007, while Hearts lost in last season's final and have not lifted the trophy since 1962.

Hibs progressed to the last eight with a 5-3 victory against Stranraer, while administration-hit Hearts required extra-time and penalties to see off Queen of the South after a 3-3 draw at Tynecastle.

In the other quarter-final ties Inverness Caley Thistle host Dundee United on 29 October at 1930 GMT.