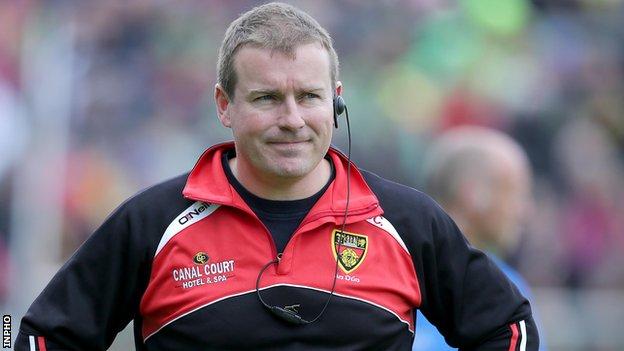 Down have announced that James McCartan will be staying on for a fifth year in charge of their senior football squad.

Chairman Seamus Walsh said McCartan's future in the role had never been in doubt, but that they had undertaken their usual review of the year.

Down lost 0-12 to 0-9 to Donegal in the semi-final of the Ulster Championship and were then beaten 0-13 to 1-5 by Derry in the All-Ireland qualifiers.

"The full team is in place, no changes," chairman Walsh told the Irish News.

"James just wanted to have a break and make sure everything was in place for next year.

Monan's team will face Antrim in the delayed final of the Ulster Championship on 3 November.

A new date for the decider had to be found after Down's semi-final against Derry went to a replay.