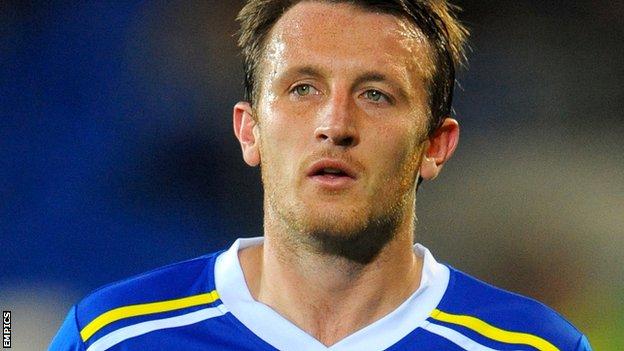 Former Wolves and Celtic defender Lee Naylor has described the 16 months he spent out of football before joining Accrington Stanley as "horrific".

The life and times of Lee Naylor

May 2003: Promotion to Premier League with Wolves

"It was a new experience for me. I've never been out of contract before."

The left-back, who won three caps for England's Under-21 side, continued: "It's horrific. I know there are a lot of people unemployed at the moment. I've never been without a club and to be without a club for 16 months, watching the results coming in every weekend, is not a nice feeling. I don't want it again."

A veteran of more than 500 senior games, including 22 in the Champions League for Celtic, Naylor trained with first club Wolves in an attempt to keep fit during his long exile.

"I try and look at the positives and I got a good year of family time," he added. "I had a new baby and I was a full-time dad.

"But I never stopped working hard or training, because you can join a club at the drop of a hat, so I never gave anything up."

Naylor made his debut for Accrington against Rochdale on 20 September - his first senior game since January 2012.

James Beattie's side are bottom of League Two and have lost their last eight games in all competitions. They travel to Plymouth on Saturday in search of a first league win this season.