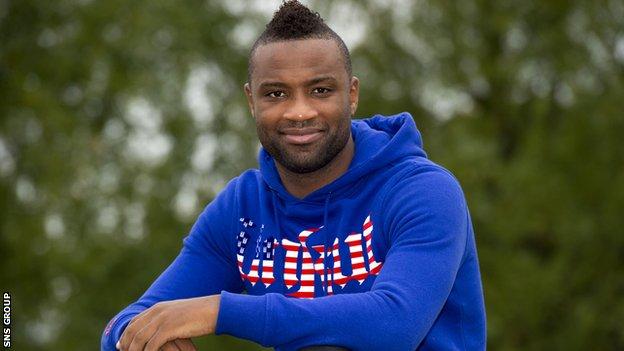 Midfielder David Silva has returned to Kilmarnock on a deal until the end of the season.

The 26-year-old Cape Verde international played for the Ayrshire side between 2010 and 2012 before joining Portuguese side Olhanense.

"He has a bit of quality going forward and is a bit different from what we have got," said manager Allan Johnston.

"He has a bit of pace and can go past people so hopefully he will make a difference in the attacking sense."

Silva, who scored four goals during his previous two-season stint at Rugby Park, will go into the squad for Saturday's home game against Celtic.