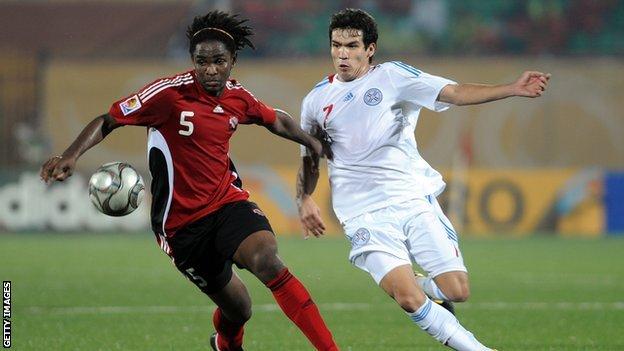 Ferencvaros defender Akeem Adams is in a critical condition after a heart attack on Wednesday.

The 22-year-old Trinidad & Tobago international felt dizzy after his side's 3-1 derby win over Ujpest on Sunday.

Adams only joined the Hungarian side in August.

Adams, who had spent his career until then in his homeland, has made six appearances for his new side.

Team-mate Tamas Csilus told the Trinidad & Tobago Football Federation: "After training we were talking a lot and smiling and even dancing a bit.

"Then, about three hours after, Akeem called the woman at the club and said he wasn't feeling good.

"Ten minutes later we found him out at his home and he was rushed to the hospital. We are all praying for him. He has been a good friend since he arrived here to join us."