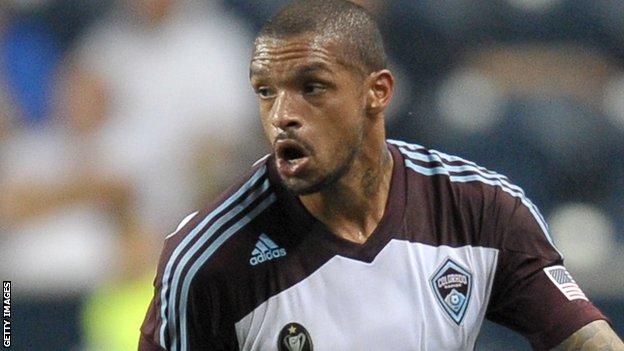 Bradford City have signed former Wigan and Hull striker Caleb Folan on a contract until the end of December.

The 30-year-old had been training with the Bantams and has impressed enough to earn a deal with the League One club.

Folan, capped seven times by the Republic of Ireland, has most recently been playing in Malaysia and has not appeared in a first-team game in England since October 2010.

Bradford are awaiting international clearance for the deal to be completed.

It means Folan will be made to wait for his debut, although manager Phil Parkinson is sure he will have an impact.

"He has looked great for us in training and we look forward to working with him on a permanent basis now," Parkinson told the club website.

"We've been looking for someone to give us that little bit extra competition up front and Caleb gives us that. He has the strength to be a real handful for defenders to deal with."