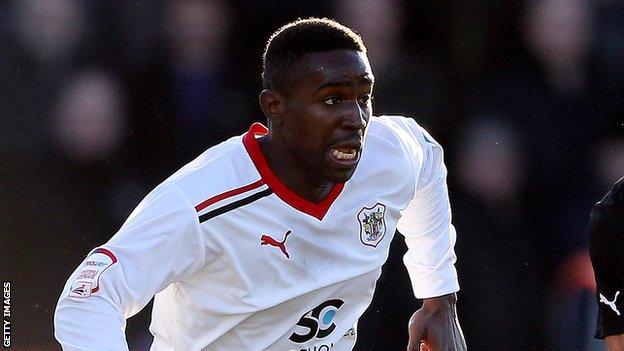 Striker Don Cowan has rejoined Stevenage on a one-month contract.

The 23-year-old left the League One side in January and has since played for Dundee and Southend United.

but was released after just three appearances and has now returned to the Lamex Stadium.

He will be given time to impress Stevenage manager Graham Westley, who initially