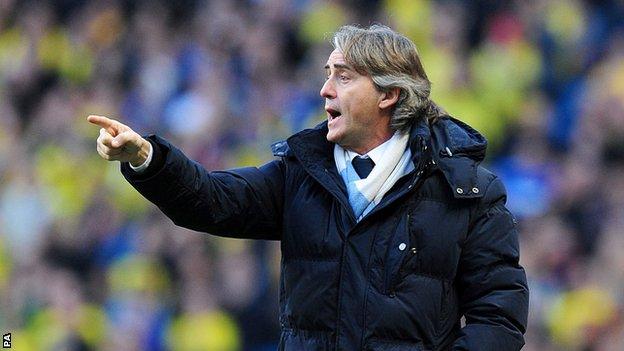 Roberto Mancini has been named as the new manager of Turkish champions Galatasaray on a three-year contract.

The Istanbul club confirmed on Sunday that Mancini had met club directors, posting a photo of the 48-year-old with chief executive Lutfi Aribogan.

The Italian replaces Fatih Terim, who after failing to agree a new contract.

exactly a year after he led them to their first Premier League title.

Galatasaray have made a disappointing start to the Turkish league season, picking up only one win from their first five games.

They are in a Champions League group with Real Madrid, who beat them 6-1 in their opening game, Juventus and FC Copenhagen.

Terim, 60, is one of the most influential people in the club's history, having led them to six of their record 19 domestic titles, as well as the 2000 Uefa Cup following an 11-year spell as a player.

The Italian's first match in charge will be Wednesday's Champions League clash at Juventus.