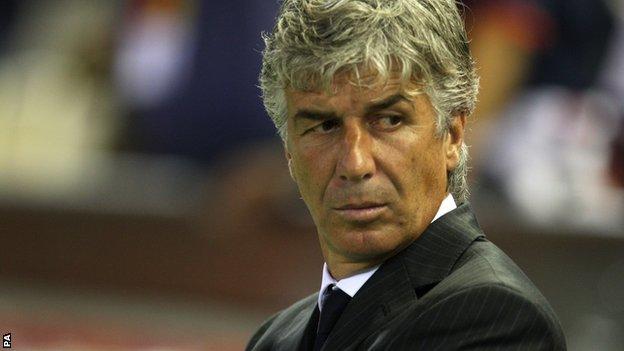 Gian Piero Gasperini has returned as coach of Genoa after the Serie A side fired Fabio Liverani just six games after taking over.

Genoa's 2-0 home defeat by Napoli on Saturday left them with one league win, their worst Serie A start since 1983.

Former Inter Milan boss Gasperini, 55, was previously head coach of Genoa between 2006 and 2010.

Liverani, 37, was named Genoa boss in June as a replacement for former coach Davide Ballardini.

A statement on Genoa's website read: "Genoa has entrusted the care of the first team to Gian Piero Gasperini. The agreement reached covers the next three years.

"The club thanks Fabio Liverani for the work he did and for his dedication to the cause over recent months."

During his four-year spell in charge of Genoa, Gasperini led them to promotion to the top flight in his first season and then to fifth place in Serie A in 2009.

After being dismissed in 2010, he has had brief spells in charge of Inter Milan, where he was fired after four games, and Palermo.

Italian Liverani was appointed in the summer for his first senior management job, having spent two years working with Genoa's academy.