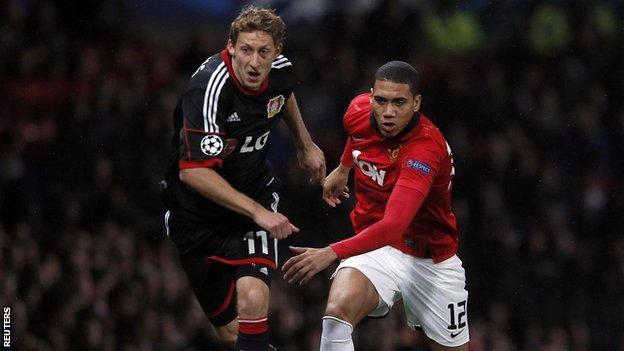 In-form Bayer Leverkusen striker Stefan Kiessling could be offered a recall to the Germany squad a month after saying he would never play under national team coach Joachim Low again.

The 29-year-old, who has scored five goals in seven Bundesliga games this season, has not won a cap since the 2010 World Cup.

"I will have a chat with him to discuss some things internally."

Last month Kiessling said: "I'll declare it once more: There won't be any more international games for me under Low.

"For three years, there has been no contact, no talk about the reasons why I'm not good enough for the national team. I want to finish this topic once and for all."

Leverkusen are only one point off the Bundesliga's top two teams, Borussia Dortmund and Bayern Munich, after a fine start to the season. They host Bayern on Saturday.

The day before that game, Low names his squad for the World Cup qualifiers against Republic of Ireland and Sweden in October.