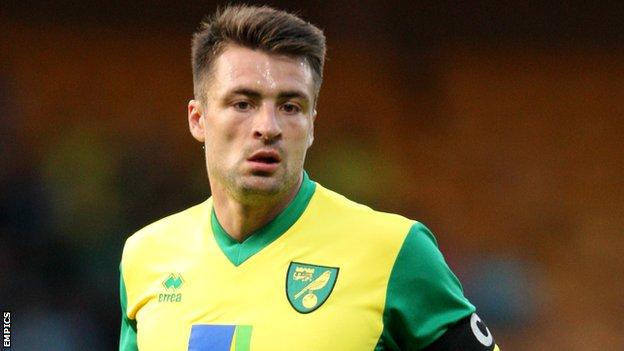 The Canaries travelled to the Britannia Stadium with only one Premier League win from five games.

"We needed that, mentally as much as anything, just to get a few people off our backs," defender Martin told BBC Radio Norfolk.

"People have been on about the way we've played but it's up and down in this league and we know that."

But boss Chris Hughton had managed only one win before beating the Potters and the result was timely, with games against Chelsea and Arsenal next up for the Canaries.

"Hopefully that's the beginning for us and is the start of something," said Martin.

"The manager of any football club unfortunately takes the flack when the team's not doing so well and we've felt that the last couple of weeks."