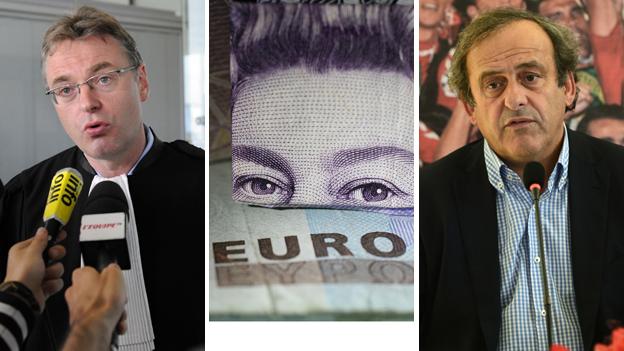 Bespectacled, business-like and Belgian, Jean-Louis Dupont does not look like a revolutionary. But then if revolutionaries looked too obvious, we would see them coming. There is little danger of Dupont sneaking up on anybody now, though.

He is the man who took on European football's bosses as an inexperienced lawyer and claimed a landmark victory to unleash consequences the game is still dealing with.

Since then, his name has cropped up in a succession of precedent-setting cases, usually resulting in a bloody nose for one governing body or another.

In 1990, barely out of university and dividing his time between law and a job at the European Commission (EC), Dupont met Jean-Marc Bosman, a mediocre midfielder desperate to move to a new club.

Five years later, they would emerge from the European Court of Justice with a resounding victory over his former club, the Belgian FA and Uefa. Teams could no longer demand compensation for out-of-contract players, and the term "on a Bosman" was about to enter football's phrase book.

As well as the contract ruling, the EU's most senior court threw out Uefa's restriction on the number of non-domestic European players a club could use. Football would never be the same again.

"I thought it would be a pretty small case when we started," recalled Dupont.

"But the authorities refused to take us seriously. That is partly why we added the restriction on foreign players to the case, although it was clearly a restraint of trade.

"Just to be professional, I tried once more to negotiate with Uefa's lawyers shortly before the ruling - it was about the ninth time I had contacted them - but nothing substantial came back. It was a mistake."

Now he has a new client, a new case and a new target - European football's roadmap for the future, Financial Fair Play (FFP). Battle commences in Brussels' Court of First Instance on Thursday.

"Maybe he's looking for work," was the dismissive response of Uefa president Michel Platini to news of Dupont's challenge.

"Dupont was the lawyer for FC Sion (a rare defeat in his scraps with officialdom when he lost a fight to get the Swiss club reinstated into the Europa League), but now that's over and he's bored."

Play the ball, not the man, is one of football's basic principles. You might think the former France and Juve maestro would know this, particularly given his dislike for overly aggressive defending, but even Platini knows you have to get stuck in every now and then.

This battle's Bosman is Daniel Striani, an Italian agent who lives and works in Belgium. But this time Dupont is not attacking an archaic set of rules football was foolish to defend. He is gunning for FFP's central plank, the break-even rule.

Introduced in 2009, FFP is an extension of the licensing system that requires clubs to settle their bills in a timely fashion, be they to other clubs or tax authorities. Only teams that do this can play in Uefa's lucrative competitions.

As regulations go this is not very onerous, and leagues around Europe have copied it. Dupont, in fact, helped the Belgian FA draft its version, and the Premier League followed suit in the wake of Portsmouth's implosion.

But Uefa has spent much of the last decade worrying that the licence was an inadequate defence against what it perceived to be Bosman's legacy: spiralling wages and rising debts.

Something more was needed to stop the "arms race" for talent reducing clubs to bankruptcy, it argued, particularly with so much public money being written off via unpaid tax, generous rent deals or soft loans. That something is the break-even rule.

Put simply, if a club earns £100m from its football operations (broadcasting, merchandise, player-trading, sponsorship and tickets) it can spend £100m on its team. Starting from this season, failure to comply could result in a ban from European competition.

Naturally, there are caveats - definitions of what counts as football revenue, for example - and "acceptable deviations", or limited losses, can be made good by a club's benefactors.

What will not be allowed, however, is the kind of "sugar-daddy" spending that lifted Chelsea, Manchester City and Paris St German from also-rans to champions.

To put this into context, Abramovich has pumped about £1bn into Chelsea since 2003, with Sheikh Mansour spending a similar amount in just four years at Manchester City.

Maybe, but that does not make it legal. Professional sport does not live in a vacuum: it is an economic activity and therefore subject to EU competition law.

Of all the controversies surrounding FFP, and there are many, there is near-universal agreement that it is a restraint on trade. The break-even rule will lead to fewer transfers, and will probably reduce wages too. This will have an impact on Striani's business.

Uefa does not dispute this. On the contrary, these are its stated aims, and it has discussed them with the EC, which has come out in support for FFP on the grounds that it is "proportional".

Jean-Louis Dupont: A life in law

In plain English, Uefa has convinced the commission that FFP, like anti-doping rules, is the least harmful way of fixing a problem (in this case club debt). So the anti-competitive implications of the rule are proportional to the risk of mass bankruptcies. Dupont disagrees.

"The break-even rule will not help the long-term stability of clubs," he said.

"The only objective that will be reached will be to freeze the existing the market structure, meaning the current big clubs will remain the big clubs.

"How can you say this is good for football? It will simply ossify the system."

On this point, Dupont has support from a rising tide of academic interest in football.

The University of Magdeburg's Markus Sass summed up the opinion of many economists in his 2012 study of FFP when he said: "Since small clubs are no longer allowed to overspend and thereby invest their way to a greater market size in the future, the model predicts a negative trend in competitive balance."

In addition, the University of Manchester's Paul Madden, Lancaster University's Rob Simmons and Soccernomics author Stefan Szymanski, now at the University of Michigan, have all published papers saying much the same thing, as well as casting doubt on the entire premise that there is debt problem in top-flight European football.

Uefa, for its part, has said FFP is not an attempt to address the sport's haves and have-nots divide.

"The question is not whether to look for a utopian sharing of wealth," said Platini in 2011.

"You have always had clubs that are richer than others and this is most likely to be the case forever.

"All we want is that clubs do not spend more money than they make…that is the only guarantee for their survival."

The problem Uefa may have, however, is that making things even less equal could wipe out the legal foundations for breaching competition law in the first place. In other words, making clubs richer is not a good enough reason for impoverishing Striani, whose stable includes Belgium youth international Guillaume Francois and French Under-21 defender Yohan Benalouane.

"This is not a legitimate goal under competition law," explained Szymanski.

If you have more proportionate alternatives, meaning they do less damage to EU freedoms, you have to go for them

"The objective must be in some way to better serve the consumers, even if better financial outcomes are a by-product.

"There is a real danger that FFP will undermine the long-term success of European competition.

"If FFP achieves its goals, I think European football will become predictable. We might even see people setting up competitions in other parts of the world - the Gulf, China, Brazil and the US - which aim to recreate the excitement that European football currently delivers."

Remember, few people predicted quite how much Bosman would change things, and both sides in the debate are picking on fragments of evidence to make early claims for FFP's impact.

But those concerned about the cementing of the status quo point to this summer's transfer window as a sign of the strongest clubs getting stronger: half of the £1.8bn spent by clubs in Europe's "big five" leagues came from just 10 clubs.

"What my client hopes is that Uefa will be forced to review this rule and go for more proportionate alternatives," said Dupont.

"If you want to improve fair play in Europe, there are many ways you could do it. You could work on the existing territorial pattern, so that big cities in small countries could have a big club. It is not an act of God that there is no big club in Dublin or Luxembourg, this is because of Uefa's rules."

Dupont, by the way, was a legal adviser to the group that tried to move Wimbledon to Dublin in the mid-1990s, and served as a director at Standard Liege, a regional giant but a European minnow, for three years.

"If you have more proportionate alternatives, meaning they do less damage to EU freedoms, you have to go for them," he continued.

"How about a luxury tax? If somebody wants to overspend, you say: 'OK, but the money has to be there at the start of the season, and you have to pay 20% of it to a solidarity fund.' So instead of stopping money coming into the game, you use it better.

"I think it will become obvious there are more reasonable alternatives, and when that happens people will say we tried something but we didn't pick the right choice, let's change it. It will be as simple as that."

Having filed a complaint with the EC in May, Dupont and Striani take the first steps in their civil case on Thursday. It will be a short hearing to set a schedule but one thing is certain: it will not be simple. Revolutions rarely are.