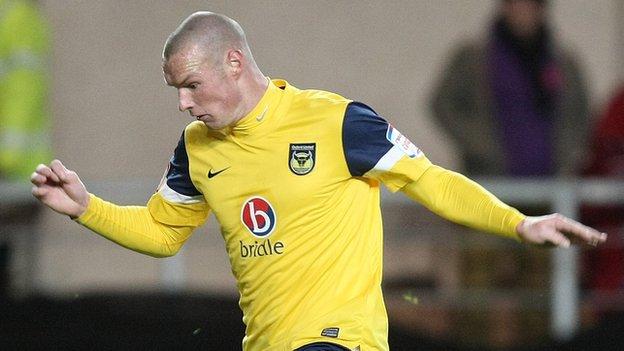 Oxford forward James Constable has been praised for playing through the pain barrier after coming as a substitute in the 3-1 win at Hartlepool.

Constable is still suffering from a chipped bone in his foot.

United were hampered by several injuries and suspensions for Saturday's trip to Hartlepool and manager Chris Wilder appreciated Constable's dedication to the cause.

"It was brilliant by Beano to put his hand up," Wilder told BBC Radio Oxford.

United's victory saw them go second in League Two and Wilder was delighted with the spirit shown by Constable and his team-mates.

"He's still in a bit of pain but we understand it won't cause any lasting damage," he said.

"So he stuck his hand up to be a part of it and that was great. There is a real buzz about the place."