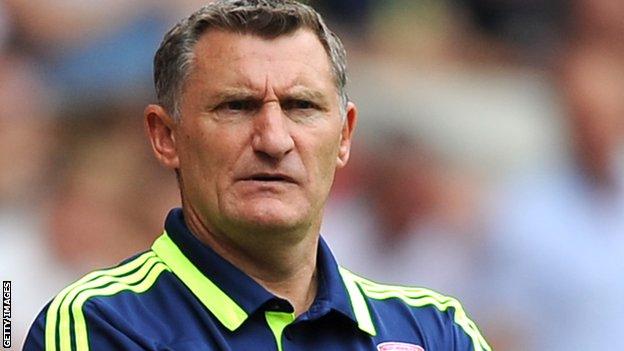 Boro have won just once in their opening nine Championship matches, a 1-0 victory at Charlton in early August.

"It's something that we're trying to address at the moment," Mowbray told BBC Tees.

"There's one or two players out of contract who were released from their clubs before the last window shut that we could potentially look at."

He added: "With the international break coming up hopefully we might have added to our ranks to help the defensive situation and try to resolve those issues."

Mowbray also revealed they were close to bringing in a player last week on loan and have even registered him with the Football Association, only for the parent club to pull out at the last minute.

"It was all done and agreed with the manager," he added.

"But I received a call 15 minutes later saying that they had picked up an injury in training and they were now going to keep him as cover.

"We took a shirt down with the lads name on the back and a number registered with the FA so that's how close it was to getting done."