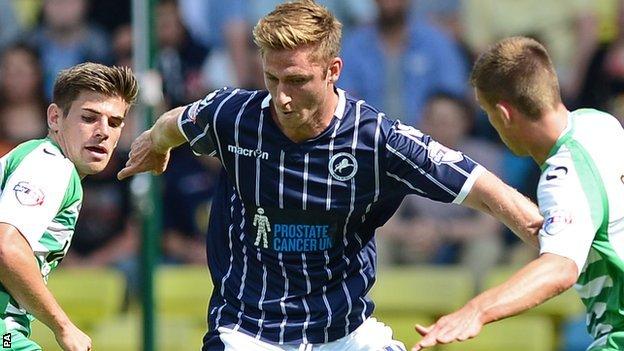 Henry, 24, who missed the final two months of last season with a knee injury, has now passed his medical.

The deal has been done with a view to it being made permanent on 1 January.

First signed by Jackett for Millwall from Reading in 2010, he has since scored 19 goals in 164 appearances in his three years at The Den.

But he has not figured for Steve Lomas's Lions during their current three-match winning streak.

"His ball retention is good, but his predominant strength is as a winger, going past players and getting crosses in," said Jackett. "He has a lot of quality and delivers a high number of crosses into the box in every game.

"We have been short in the wide areas and James gives us good competition."

Jackett's Wolves lie third in League One, just three points off the top of the table, Saturday's 2-0 win over Sheffield United having been their seventh victory in eight matches.