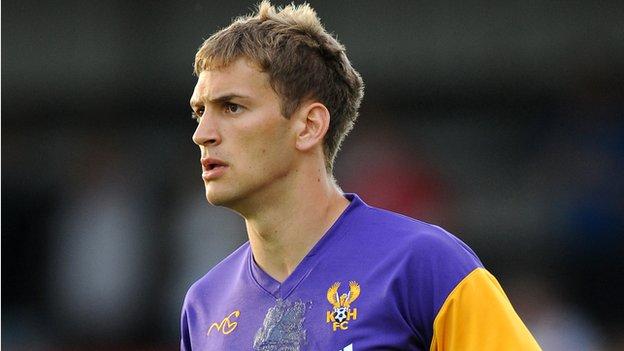 Kidderminster Harriers left-back Mickey Demetriou has been ruled out for six weeks with a broken wrist.

The 23-year-old defender landed awkwardly in the second half of Friday night's 0-0 draw at home to Aldershot.

And, although he played on, X-rays have revealed a double fracture and his wrist has now been put in plaster.

Demetriou's absence follows the loss of centre-back Chey Dunkley, who has now missed the Harriers' last four matches with a knee injury.

"It's a huge blow for us," said boss Steve Burr.

"To be honest, I can't remember a time since I've been here that we've had injury luck this bad.

"We're already missing Jamie Tolley and have Chey Dunkley out for a while so to be missing Mickey for this length of time is a really bad run.

"The thing with Chey is that he is so eager to get back, but we don't want him to rush things. We're hoping the worst case scenario is four weeks but maybe it could be two."

Summer signing Tolley is yet to make his debut, having picked up a pre-season Achilles injury.