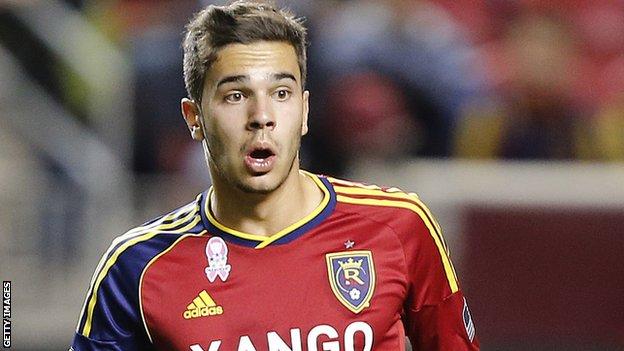 Luton Town have signed former Portugal Under-19 midfielder David Viana on a contract until the end of the season.

Viana was released by United States club Real Salt Lake in the summer.

The 21-year-old French-born player started his career at Strasbourg and had a spell at Atletico Madrid before moving into Major League Soccer.

He agreed terms with the Hatters earlier this month but the deal was held up by international clearance, which has now been granted.

"David was recommended to us and has impressed us all with his ability in training and during development games," said boss John Still.

"The international clearance took some time to go through which was frustrating, but David has remained patient which is all credit to him."