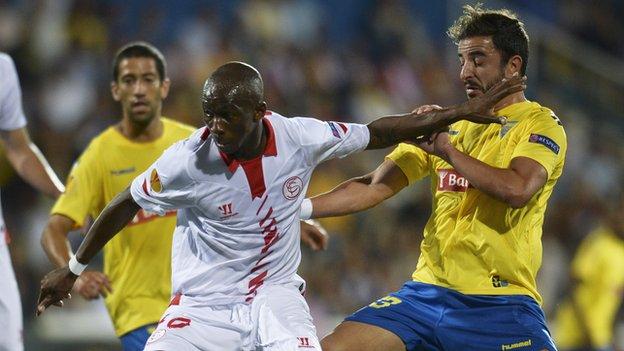 Cameroon midfielder Stephane Mbia has suffered an injury that will keep him out of this month's 2014 World Cup play-off first leg away to Tunisia.

The 27-old hurt his foot while playing for his club Sevilla, who said on their website the player would be out for "approximately one month".

It means he will miss the 13 October match and is also a doubt for the return in Cameroon in mid-November.

The winners of the tie go through to next year's tournament in Brazil.

"Stephane Mbia had tests on Monday to determine the extent of the injury he sustained against Rayo Vallecano last Wednesday," Sevilla said in a statement.

The La Liga club have taken Mbia on loan from English Championship side Queens Park Rangers until the end of the season.