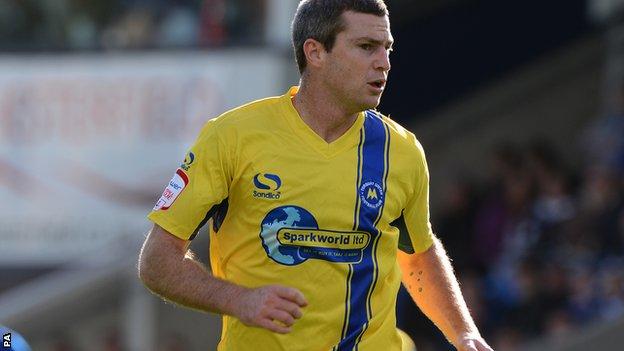 Torquay boss Alan Knill says he is looking to bring defensive cover to the club with both first-choice centre-backs struggling for fitness.

Aaron Downes is set for a scan after suffering a knee injury in training, while Krystian Pearce battled through illness in the 2-1 defeat by Newport.

"Obviously finances will dictate, but we're trying desperately to get someone in," he told BBC Radio Devon.

"We've only got one centre-half at the club so we need some replacements."

The 20-year-old has made three substitute appearances for the Gulls this season.