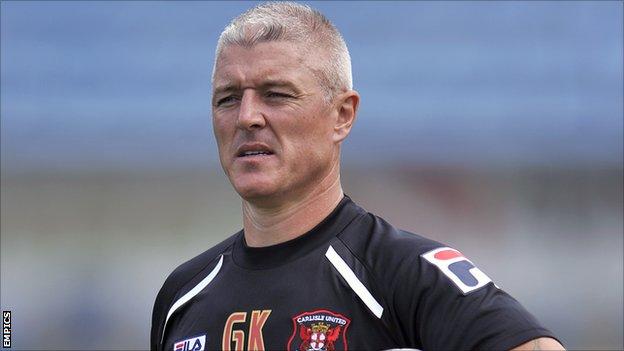 Carlisle United have appointed Graham Kavanagh as manager following a successful caretaker spell, on a deal which expires in June 2015.

The Cumbrians, who parted company with former boss Greg Abbott in early September, have won their last three games under Kavanagh's instruction.

Academy boss David Irons has been named as assistant, while Tony Caig has been handed a first-team coach role.

United, who were third from bottom when Abbott left, are 14th in League One.

Kavanagh, 39, was assistant to Abbott prior to his departure, and had made 78 appearances at the twilight of his career for the club.

"I think everyone at the club has been impressed with the way Graham has applied himself and in the way he has placed his own stamp on the role under difficult circumstances," managing director John Nixon told the club website.

"He knows the players and the club really well, having been with us for over four years, and we are confident that his experience at the highest levels of the game will help him with his stated aim of pushing this club forward."