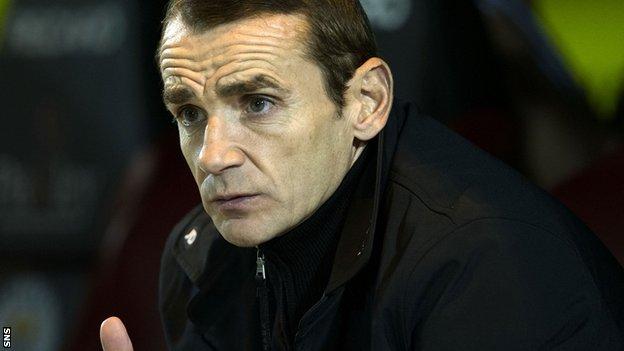 The point earned from the draw was only their second from seven matches after a poor start to the season for the Paisley side.

"We were playing a team that's totally the opposite from us," said Lennon. "They're high in confidence with good quality and the good start they've had.

"We're low in confidence with the poor start we've had."

St Mirren looked set to claim their first win of the season after Steven Thompson fired them in front, but with five minutes remaining Peter Pawlett rifled home the equaliser.

We have done a lot of talking; it was time for action and tonight they've shown that

Despite losing their lead, Lennon was delighted with his players and believes it bodes well for the rest of the season.

"I was delighted and it was good to see the effort, desire and commitment that the players put in," he said.

"That, for me, is a basic thing that should be guaranteed at any football club.

"It certainly gives us a platform. I thought we were going to have enough in the tank to see it over the line.

"I thought we defended well with a back four or five that was basically put together for the first time."

St Mirren have picked up two points from seven games and have only one win since lifting the Scottish League Cup in March.

And Lennon joked that perhaps playing on a Monday night suited his players.

"I'm going to put in a request to play more Monday night football," he said.

"We have done a lot of talking; it was time for action and tonight they've shown that."