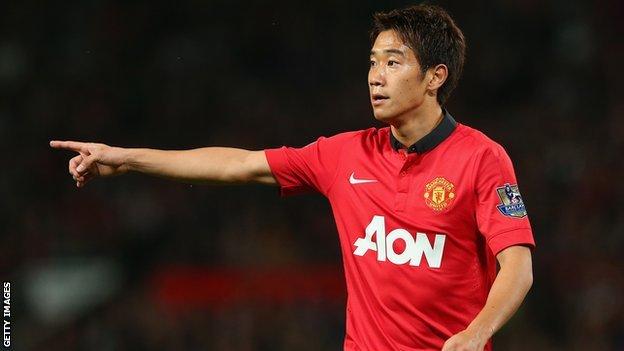 But the Japan international has played only one league game this season.

"I have to take this like some kind of message [from the manager]. I need to improve more and more, or I cannot survive at this club," said Kagawa.

Kagawa's only league appearance since the Scot's arrival was against West Bromwich Albion last Saturday, and he was replaced at half-time during the 2-1 home defeat.

That result left Moyes's side 12th in the Premier League table with seven points from a possible 18 and Kagawa admits the substitution has left him in little doubt about the challenge facing him at United.

"I have to take this in a positive way and keep trying to do my best," he said.

"I thought that I would have been able to find some space to create the chances in the second half [against West Brom] - in that sense I was disappointed.

"Sure, I wasn't involved that much. I didn't touch the ball enough, but I was trying to be patient so I didn't feel that bad."