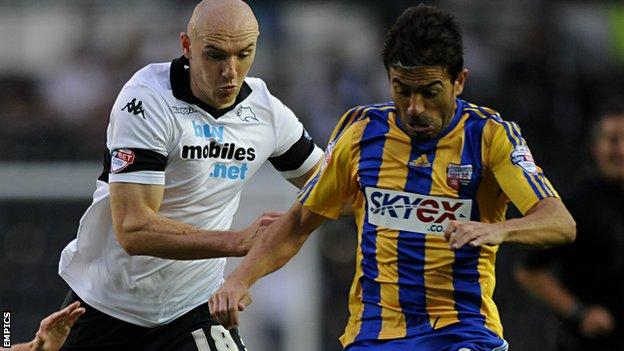 Veteran defender Javi Venta has left Brentford after having his contract terminated by mutual consent.

The 37-year-old, who joined the Bees in July, has returned to Spain for personal reasons.

Brentford sporting director Mark Warburton said: "Javi has family issues which were difficult to resolve in London in the immediate future.

"It was a pleasure dealing with someone who is clearly destined to have a future in coaching or management."

He added: "Javi will always be welcome back at Griffin Park and we wish him and his family all the best in the future."

Venta made four appearances for the League One club, scoring once during his spell at Griffin Park.

"I have huge respect for him, as both his manager and as a man, that he has put his family first in this way," Rosler told the club website.

"Everyone can see why Javi has played at the level he has; he is an ultra-professional and I appreciate the time which he spent here.

"I wish him and his family all the best for the future."