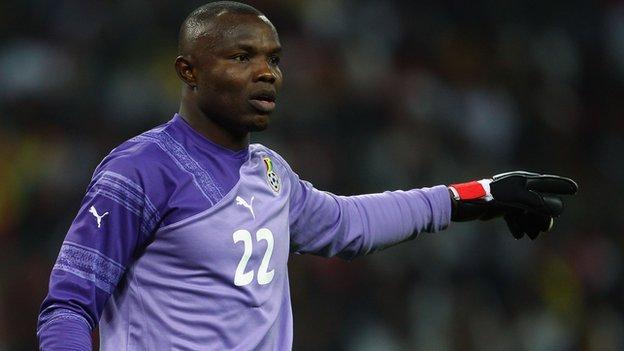 Ghana have handed goalkeeper Richard Kingson a surprise recall in their 25-man squad to face Egypt in the sides' 2014 World Cup qualifying play-off.

Kingson, 35, returns after a two-year absence and is joined by Sulley Muntari, Jordan Ayew and Jerry Akaminko for the 15 October first-leg match.

Coach Kwesi Appiah has opted for experience as he aims to make the most of home advantage in Kumasi.

The second leg of the tie will be played on 19 November in Cairo.

And the winners will book their place at next year's tournament in Brazil.