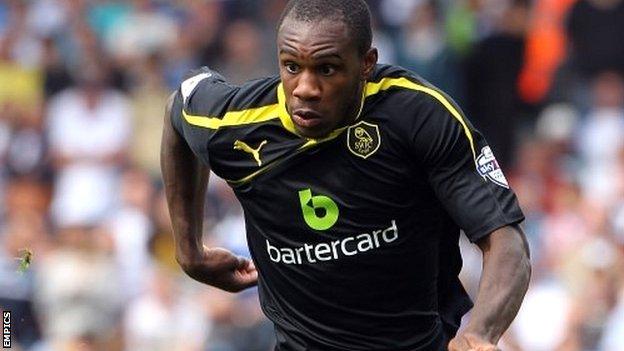 Championship strugglers Sheffield Wednesday came from behind to draw at home to Ipswich.

Paul Anderson gave the visitors a 12th-minute lead from David McGoldrick's cross but it was quickly cancelled out by Michail Antonio's headed equaliser.

The result leaves Wednesday still waiting to record their first win of the season and Ipswich without a victory away from Portman Road.

Wednesday, who have made their worst start to a season in 13 years, slipped into the bottom three following Bolton's win at Birmingham.

The Owls went behind when Ipswich caught the hosts on the break.

McGoldrick broke free on the left wing and his cross found the unmarked Anderson, who fired past Chris Kirkland, making his 250th league appearance.

Wednesday replied two minutes later, however, as Reda Johnson's cross was headed back by Atdhe Nuhiu at the far post and Antonio's header beat Dean Gerken.

Skuse went close to putting the visitors back in front in the 36th minute when his firm 20-yard drive beat Kirkland but the ball smacked against the keeper's right-hand post and bounced away.

Wednesday's Matty Fryatt missed a great chance to score at the end of the half when he was free in the middle of the area and shot straight at Gerken.

Sheffield Wednesday boss Dave Jones: "A point was a fair assessment, I think. They had the first half and we had the second. Probably it took us a long time to get going.

"Where the two boys went for their goal, I don't know. Well, I do know, but I don't know why they did it. They've got to explain that one to me. It's that one lapse that's cost us.

"We got back at that them straight away, which was good. We were in some really good positions but we just couldn't clear the first man, which is what you have to do.

"I just wish we could have put on a show for the 90 minutes like we did on Tuesday (in 1-1 draw at Brighton). We popped the ball about and there was no panic."

Ipswich Town boss Mick McCarthy: "I'm delighted with a point. I thought we were excellent in the first half and I think we had to show a different side to us in the second half in terms of defending and being resolute. I thought we were terrific and defended well.

"I was delighted with the way we played in the first half and I think in the second half they improved and we had to defend."