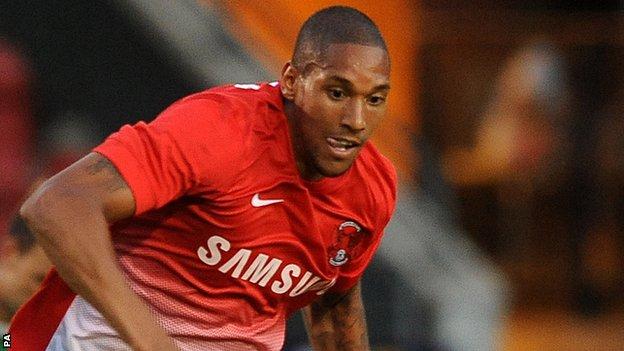 Substitute Shaun Batt rescued a point for Leyton Orient against Oldham as the league leaders maintained their unbeaten start to the season.

Batt got a touch on Kevin Lisbie's shot to deflect it into the bottom right hand corner moments after coming on.

Charlie MacDonald scored against his former club to put the Latics ahead as he beat the offside trap and smashed the ball into the top of the net.

MacDonald hit the post as Oldham dominated but the points were shared.

Lisbie almost snatched an underserved win for Orient as his strike was saved by the legs of Mark Oxley as The O's only came to life after Batt's goal.

The draw means Orient maintain a one-point lead at the top of League One, while Oldham are now without a win in seven games.

"It wasn't a great first half by our standards, we knew there was another gear and we stepped up in the second period and we looked the side more likely to go on and win the game.

"We spoke frankly at half-time to get our standards back to where we have been all season, no ranting and raving needed just honesty and it worked.

"We showed what we were about, we scored the goal and could have gone on to win it."