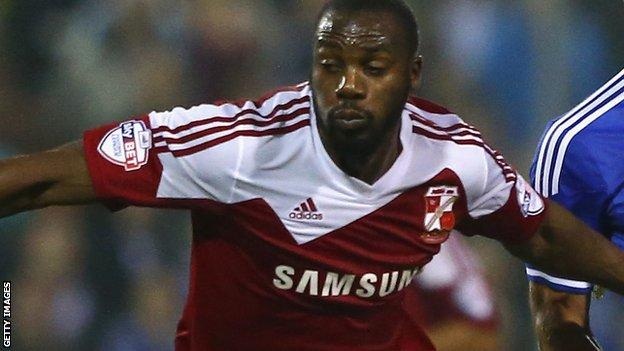 N'Guessan slotted home from the spot when Alex Pritchard was brought down by Tom Hateley after half an hour.

The hosts looked likely to double their lead, but a fingertip save from Owain Fon Williams denied Massimo Luongo.

"We have to get used to the fact that teams are going to put everybody behind the ball to start the game with.

I thought we totally dominated the first 45 minutes. If you don't get that second goal it becomes tense but we had chances to kill the game off.

Over the course of the season you get games when you can't play at the top of your game but it's important you win the game."