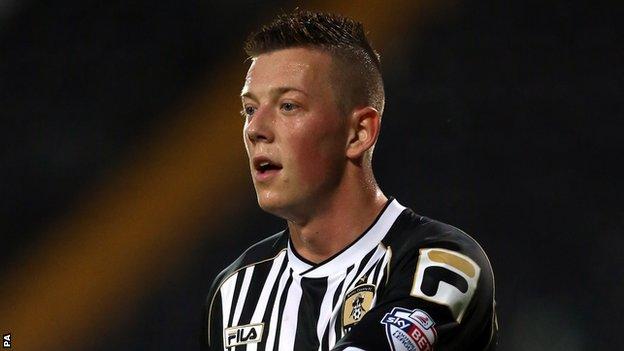 The 20-year-old put the hosts ahead with a 25-yard strike into the bottom corner and doubled his tally when he turned in Mustapha Dumbuya's lay-off.

The Magpies sealed the points as Danny Haynes tapped in after Crewe keeper Steve Phillips flapped at a cross.

Marcus Haber then added a fourth with a fine header from Greg Tempest's cross.