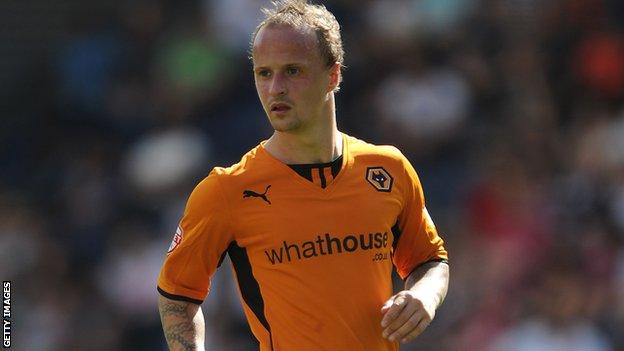 A brace from Leigh Griffiths helped Wolves to a comfortable victory at Colchester as they moved to within one point of leaders Leyton Orient.

Griffiths opened the scoring from the penalty spot after Matt Doherty had been tripped by Matt Taylor in the box.

And he doubled the lead from close range, after James Henry's cut-back.

"Any defeat at home is a difficult defeat. Up until the penalty, we are well in the game.

"They always carry a threat and they've gone down the other end and scored a penalty and that changed the complexion of the first half.

"We chased it a bit against a quality team needed to get to half-time without conceding anymore and we did that.

"We spoke at half-time about a response. How we wanted to play in the second-half unfortunately the game is dead 10 minutes into the second half. We need a better response than that. We are better than that."