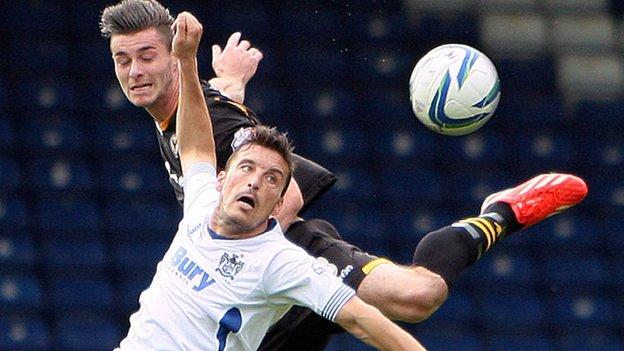 Newport manager Justin Edinburgh celebrated signing a new contract in the week with a well-earned point at Gigg Lane.

In a game of few chances, Bury's Marco Navas should have done better with a clear heading chance from six yards midway through the first half.

Newport changed their formation at half time, and were comfortable in the second half.

It was Bury's sixth game without a win, while the Exiles are lying ninth.

Newport County manager Justin Edinburgh told BBC Radio Wales: "I'm very pleased with the clean sheet. Fair play to Bury they had a real good tempo about them and we found it hard to get a foothold in the game.

"But I made some changes at half time and I thought we had a better shape and purpose about us second half. We're delighted with the point. Any point away from home is a good one."